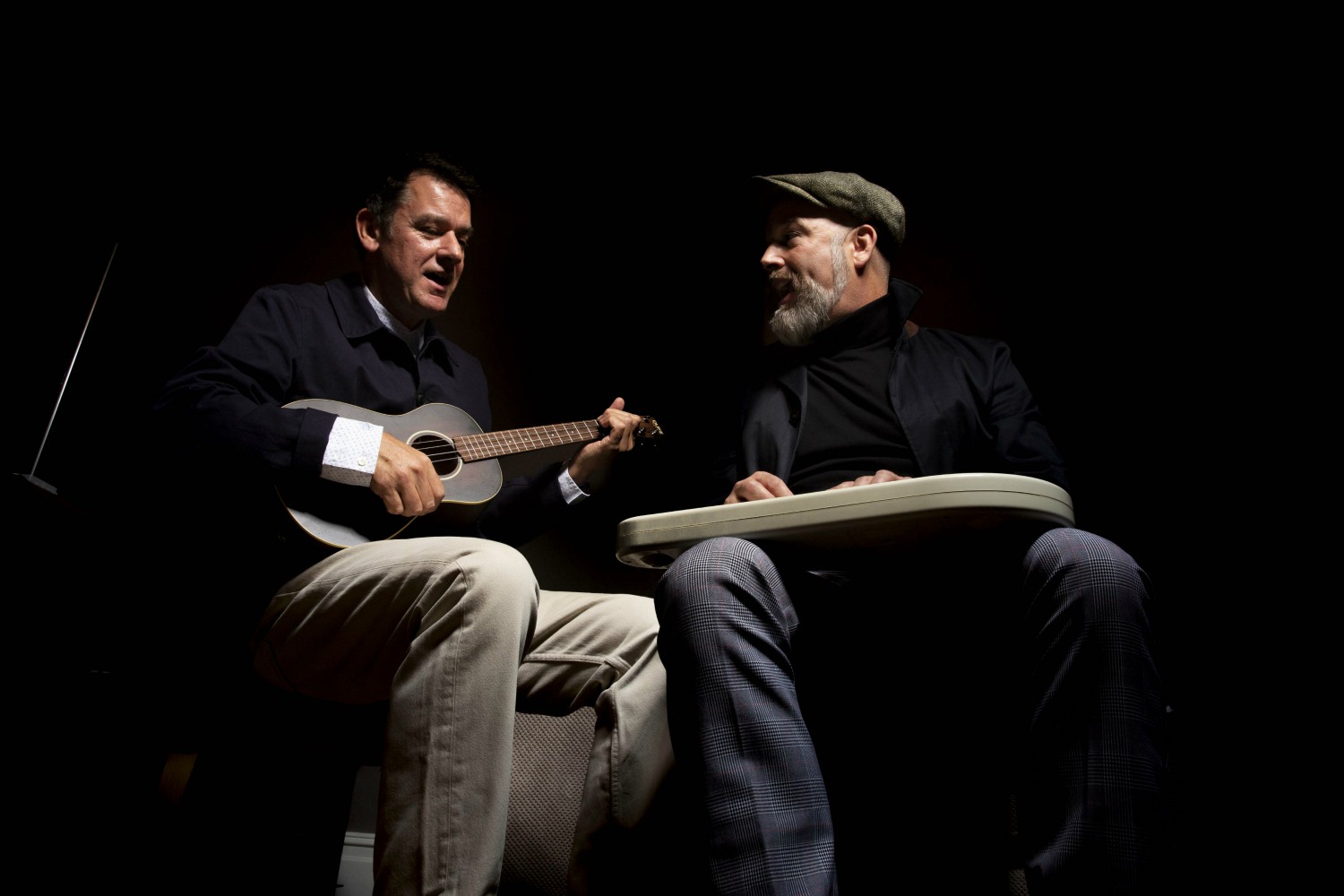 A local Indie band has released an emotional tribute song to raise funds for a local hospice in memory of a friend and fellow musician who died of cancer.

Talented duo Michael Clapham and Russ Phillips, who perform across the region as The Gorstey Lea Street Choir, hope that selling 300 copies of the vinyl record of their song “Lions” will raise £2,000 for St Giles Hospice, which cared for Paul “Lenny” Dennis in his final days.

The limited-edition hand-numbered 7” has already received airplay on Radio WM and Brum Radio and the band has had national airplay on BBC 6 Music with Chris Hawkins.

Michael said: “When Paul died we decided we wanted to pay tribute to him and to help St Giles. We could have just made a donation – but as we were all musicians a song just seemed the perfect way to do it and we thought ‘why not release a record?’

“We wanted to create something that his family and friends would have to remember him by and whenever we play “Lions” live it’s quite emotional for us as it always reminds us of him.”

He added that “Lions” was a song about courage and lifelong friendships and was inspired by the impact that music can have as a form of release from illness.

Michael met Paul when they were 14 and both pupils at Chasetown High School and Russ later played music with Paul for a year. Paul died of cancer at St Giles Hospice in August 2018, aged 48.

Michael added: “Paul was cared for by St Giles for a few months and friends would go in and see him and say what a wonderful place the hospice was and how well he was being looked after. His family and friends were all touched by the care he received.

“Russ and I are both local Burntwood lads so we’ve always known about the great work that St Giles does. We know that fundraising is vital so we wanted to do what we could to help and as a way to thank them for everything they did to support our friend.

“Paul was a big character in the area. He was a musician, a comic and a really great guy who always stood up for the underdog against the bullies. We started writing the song around the time he died and the lyrics really resonated. We were delighted when his family said it was OK to do something as a tribute to him.”

The band, which is named “Gorstey Lea” after the Burntwood road where Michael and Russ met and the Van Morrison album “His Band And The Street Choir” play Indie rock music inspired by favourite bands like REM, Dexy’s Midnight Runners, The Clash and The Jam.

Bethany Richardson, Regional Fundraiser at St Giles Hospice, said: “It’s absolutely lovely to see Paul’s life being commemorated in this way, and we are glad we were able to provide support to Paul when it was needed.

“The hard work, dedication, and money spent by The Gorstey Lea Street Choir on producing these limited 7″ hand numbered vinyls for a donation to St Giles Hospice is incredible and very much appreciated.”

If you would like to find out more, support the appeal or buy a copy of the record, visit https://www.justgiving.com/fundraising/thegorsteyleastreetchoir1

To hear the song and watch the music video visit https://www.youtube.com/watch?v=ioeFlw3bfAQ