Challenge yourself in 2020 with a fundraising trek 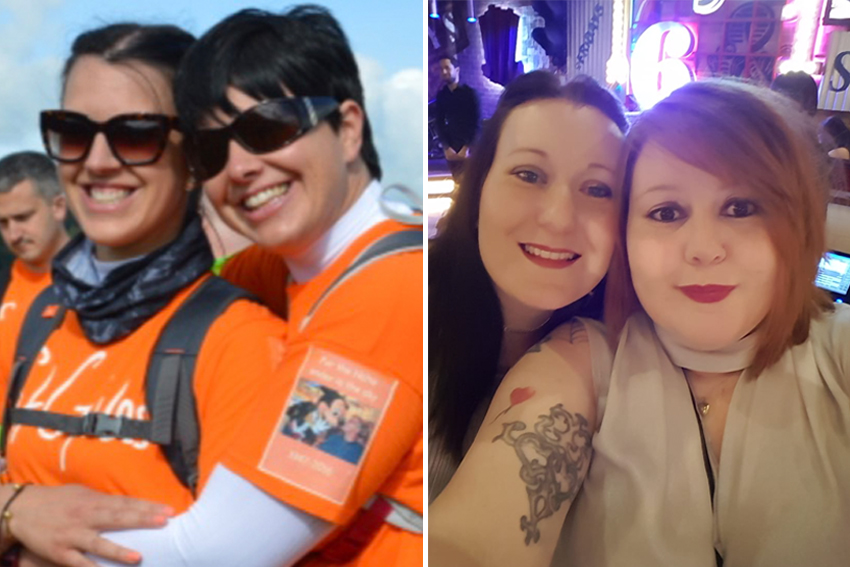 Challenge yourself in 2020 with a fundraising trek

People who have challenged themselves to get more fresh air and exercise in 2020 are being invited to join a St Giles Hospice treks and trails event.

Walkers wanting to stay on the path to good health after the new year’s resolutions have become a distant memory can join Team St Giles on one of their adventures based across the UK – or even as far away as Iceland!

Fundraisers can choose one of a variety of activities to suit all interests and levels of fitness while helping to fund the charity’s work.

Two sets of sisters were among the intrepid trekkers who laced up their walking boots to support St Giles during an overnight trek to Mount Snowdon in August last year.

Ellen and Laura Knowles took part alongside their friends Jemma Lloyd and Lu Badger in memory of their fathers who were both cared for at St Giles Hospice. The team they put together raised more than £5,600 from the trek which took place on Ellen’s 37th birthday.

“Every time I look to the stars I think of dad and my children do the same,” said Ellen, mum to six-year-old twins Ava and Eve. “Dad was one of life’s rare diamonds. That’s why trekking up Snowdon through the night on my birthday was so special.

“Reaching the summit was beautiful – something I’d definitely recommend doing. It was grueling but, because we were a team of very close family and friends all doing it for our dads, we kept each other going.”

Ellen and Laura’s dad Alf Knowles was cared for at St Giles Hospice in Walsall after being diagnosed with lung cancer in September 2016.

Jemma and Lu’s dad Pete Badger was cared for at the same hospice and died there in March 2017.
In the weeks before Alf died he was surrounded by family and friends who decided to take part in Trekfest – a 25km walk over the Brecon Beacons – in his memory. Since then an ambitious team of fundraisers led by Ellen and Laura has taken part in 12 different events, raising an amazing total of £33,600.

Ellen recalls the moment her dad was given the news he had terminal lung cancer.
She said: “I’ll never forget Dad’s words when he was told. He said: ‘I’ve had 69 years, that’s a good innings’. He’d just been given a death sentence and there he was being selfless, trying not to upset us.

“That was typical of dad – he was one in a million. He would have been so proud of what we’ve achieved and it’s great to think that more people will get the same end of life care as Dad because of it.

“St Giles was like a home from home – I’ll never forget the day staff got him a pint of Guinness and streamed the Aston Villa match for him to watch with his friends. They were amazing and giving something back by doing all these fundraising events has really helped us come to terms with his loss.”

Zoe Wright, Senior Events Coordinator at St Giles Hospice, said: ““People like Ellen, Laura, Jemma and Lu are a real inspiration – their efforts help us to raise the £10m we need each year to provide our services and we’d like to thank everyone who joins Team St Giles to make a real difference to local people living with a potentially terminal illness and their families.

“If you join one of our treks and trails we will be encouraging you every step of the way and supporting you with your fundraising, giving you all the motivation you need. We have a variety of different treks and trails to choose from so there is something achievable for everyone.”

To find out more about St Giles treks or to sign up, visit: www.stgileshospice.com/treks-and-trails