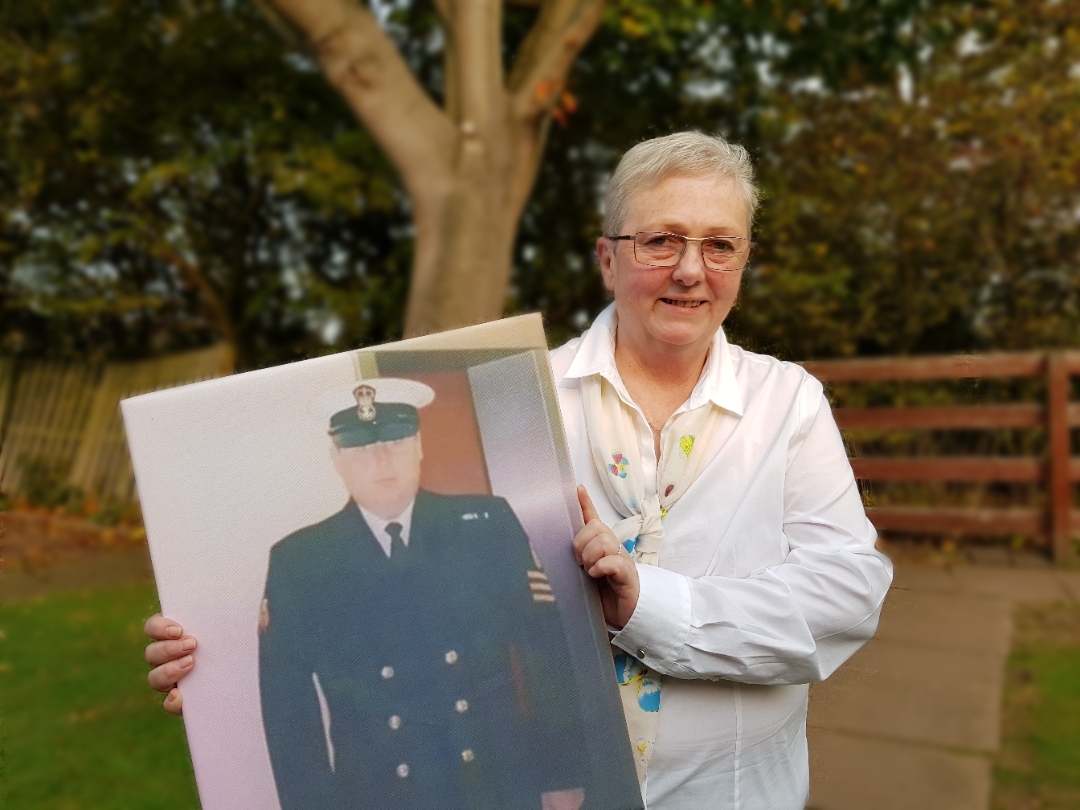 This humble looking pen set could easily have ended up on a charity shop shelf with a £10 price tag.

But thanks to the charity’s eBay operation, it was auctioned online instead where it fetched a staggering £328.

In fact, the Duofold Parker pen with a solid gold nib was one of five items donated by former Navy Petty Officer Adrian Lote from Lichfield that have made almost £500 for the charity.

His wife Dianne explained: “Adrian’s last wish was that I donated his collection to St Giles Hospice because their staff were instrumental in helping me care for him in his final days.

“Without their help, he never would have been able to come home from hospital so I’m thrilled the collection has made so much money.

“We don’t have any children so it’s really helped me to know the money will help others in the same position as we were just over a year ago.”

Adrian died in September 2016, aged 58, after a short battle with liver disease caused by a genetic disorder.

A former steward at Lichfield Cathedral, Adrian was a regular visitor to the St Giles shop in Tamworth Street along with his wife Dianne.

Pens had always been a part of his life, even to the point where he become pen pals with Dianne during the Gulf War in 1992.

Adrian picked Dianne’s letter at random from a pile of hundreds delivered to his ship but it wasn’t until he read it later that he realised she lived just a few miles from him in Sutton Coldfield. The pair met for coffee after he returned home and they were married within a year.

“He only picked up my letter because he was told he had to take one,” said Dianne, a retired senior civil servant. “Once we were married he’d be away for months at a time but he used to write me lovely letters which I’d look forward to.”

When Adrian retired from the navy he became a postman but he continued collecting pens and watches.

“He had a thing about fountain pens and watches but I had no idea they were worth that much,” said Dianne. “It was a lovely surprise to get a call from the shop letting me know what they’d made.”

Vicky Jeffs, manager of the St Giles Hospice shop in Tamworth Street, said she was delighted the small collection had netted so much on eBay.

“Adrian and Dianne have been coming into our shop for more than 14 years and Adrian always had a smile on his face,” said Vicky. “We were very sad to hear Adrian had died but extremely touched that he’d asked for his collection of pens and watches to be passed to us.

“Items sold on eBay can bring in three to four times the value of goods sold in the shop so we were thrilled to find out it had done so well. We can’t thank Dianne and Adrian enough for their kindness.”

St Giles spends over £9 million a year providing care to people whose illnesses may not be curable. With little over a third funded by government, the charity relies heavily on donations and income generation from the local community.

“We have a dedicated team who are responsible for selling items on our St Giles eBay site,” said Sean Davies, eBay deputy manager at St Giles.

“I had no idea the pen set would bring in so much but it’s great to think that Adrian’s kindness means more people will benefit from our care.”