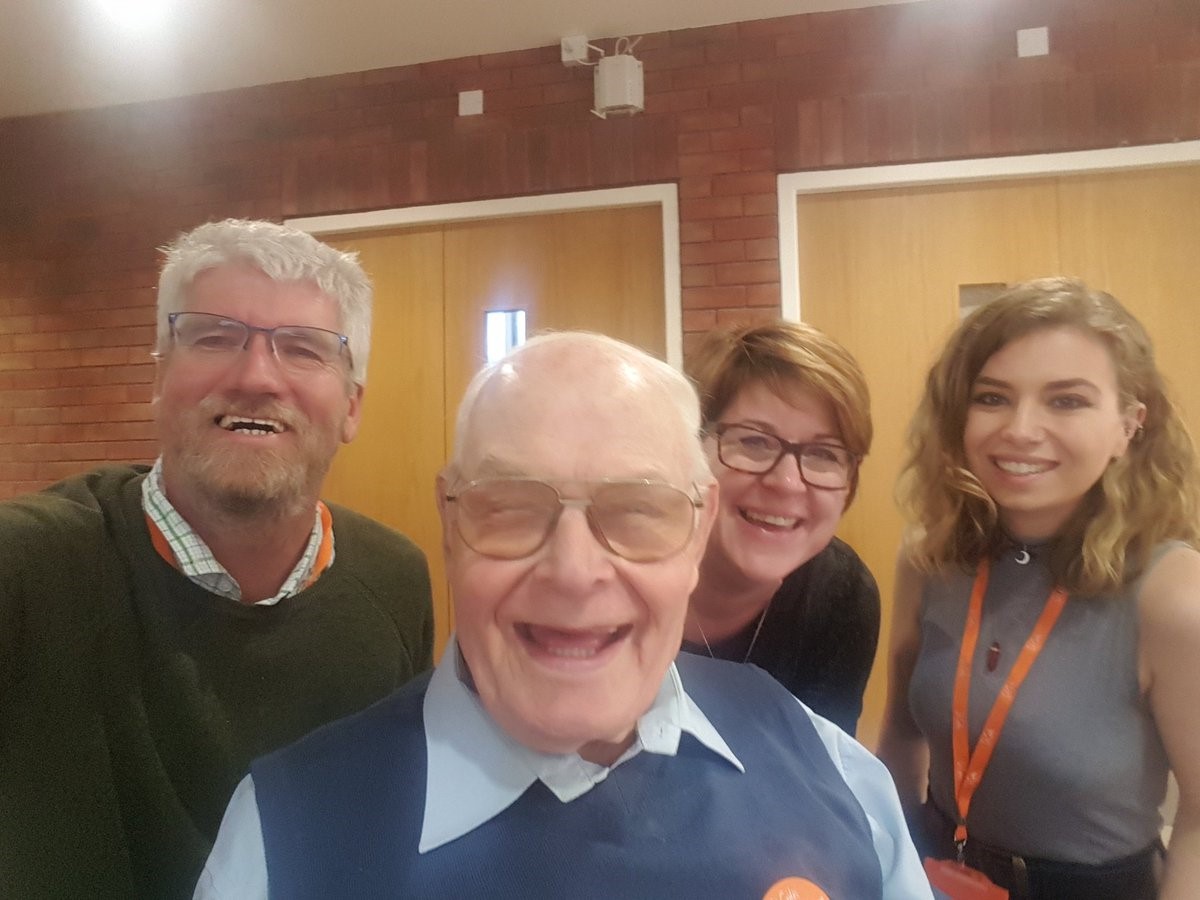 A Burntwood man is celebrating his 91st birthday with millions of people on Twitter and Facebook after a photo of him went viral this week.

He’s attended the group, which meets at the Lichfield hospice, for a year or so and is the oldest member, said St Giles Community Engagement manager Ian Leech.

“Fred’s a fantastic example of someone who is still learning in their tenth decade so it seems a brilliant opportunity to show that on social media,” he said.

“We expected maybe a hundred likes on Facebook and some retweets but we really didn’t expect the response we got!

“It’s been absolutely wonderful to see such an amazing wave of lovely messages, pictures and videos from across the internet.”

Messages have come from across the globe and he’s had birthday messages from Boy George, Janice Long and Barbara Dickinson, plus a host of others.

He’s even got his own hashtag #MakeFredFamous which has been picked up by hundreds of Tweeters.

Fred celebrated his birthday with family but is looking forward to catching up with the computer club to see just how far his photo has reached.

Fred’s technology journey started when a family member bought him a tablet and he joined the computer group to get online.

“I spotted a story in the local paper about the group and decided to go along and it’s been lovely to learn so much and to be part of the group, which is really friendly,” he said.

“I never expected to be famous like this though but it’s great to be able to help the club and the hospice.

“I use the internet for things like YouTube – I love opera and follow singers on there and as an artist, I enjoy watching other artists paint.

“Fred’s story really shows that it’s never too late to start learning and we’ve seen so many positive stories shared about older people engaging with technology.

“It’s also been great for us as it shows that hospices aren’t places where people go to die, they are part of a vibrant community which help people live full lives.”