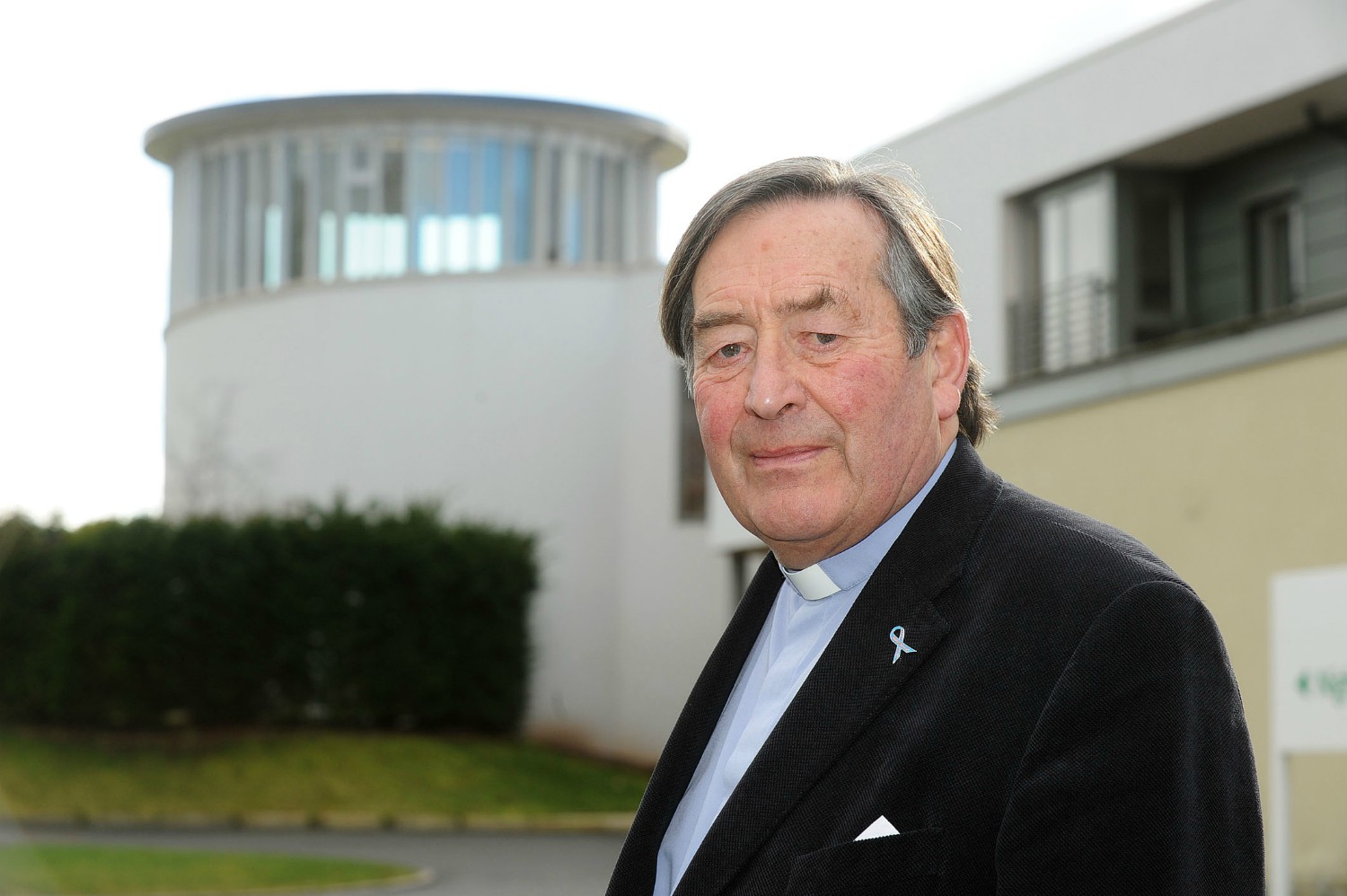 Staff at St Giles Hospice have paid tribute to the life and inspirational legacy of its founder Paul Brothwell, who has died aged 83.

The Reverend Canon Paul Brothwell was ordained in 1965 and later became Vicar of Whittington. In 1979 he led a project to create the hospice in the village’s old vicarage and St Giles Hospice opened in 1983. He was a key figure at St Giles and was the hospice chaplain until he left the area to take up a post in Kidderminster in 1992.

In the following years Paul remained a keen supporter of St Giles Hospice and the hospice movement and maintained many strong links with St Giles and the people of Whittington.

Dr Emma Hodges, Group Chief Executive at St Giles Hospice, said: “I first met Paul in 2017 when I interviewed him for my doctorate. I was looking into the history of the hospice movement and to interview our founder was a huge honour. Paul and I chatted for ages about the hospice back in its early years, about how it is now, and about his ongoing work supporting people with cancer.

“After that first meeting, he arranged a couple of visits with colleagues as he was keen to show the hospice to them. He wanted to share with them the vision he’d had and describe how St Giles had grown to support so many local people.

“He also attended a couple of events and spoke of his support and commitment to our hospice – which meant a great deal for me as a new CEO! He also kindly launched our 35th anniversary celebrations and I’m saddened that he can’t be here for our 40th birthday in 2023.

“I always enjoyed spending time with him. We’d started to talk about a legacy, collecting stories relating to the history of St Giles and Paul has shared many of his thoughts and his archives which we can ensure are part of that.

I treasure our last conversation at the end of July, when he shared his pride in what St Giles is today and I was able to let him know what a privilege it had been to get to know him over recent years.

“He was a visionary, an inspiration and a warm and generous human being. I’ll miss him greatly and will continue to do all I can to honour what he started all those years ago.”

Theresa Barker, Head of Education and Training at St Giles Hospice, first met Paul Brothwell when she began working as a staff nurse on the hospice Inpatient Unit 35 years ago.

She said: “So many local communities began fundraising to set up the hospice and Paul was always there, encouraging them all and sharing his passion. He had the enthusiasm and engagement right from the initial idea for St Giles, through the fundraising and on to the creation of the hospice itself. After that he was there for the patients, families and the staff – as a support and as a friend.

“Working on the twilight shift was my first experience of St Giles Hospice and Paul used to come and visit, to see any patient who wanted to talk to him or just to chat to the staff and share a cup of tea.

“He was so friendly and approachable and I don’t think many people realise that he was always available, even late at night, if he thought he could help. Paul was a pioneer. His presence was so important to everybody and his warmth and smile were so infectious.

“When we interview young people who want to take in the Summer School we always ask what they know about the hospice and they always talk about Paul – it’s so nice to see that he is still remembered and still inspiring young people so many years later.”

He said: “Paul was really interested in how we were trying to support and enable communities to talk more openly about end of life care and bereavement and he absolutely understood what the hospice was trying to do. He was so supportive, which was a real encouragement.

“He was involved with our 35th birthday celebrations in 2019 and he spoke in the way that he always does about St Giles – with genuine passion and pride. He loved coming back to see how the hospice was growing and he loved catching up with people at St Giles and in Whittington too.

“We hosted an event called “’An Evening with Paul Brothwell’ in February 2019 and when word got around Whittington we had so many offers of a place to stay for him from villagers – they had such affection and regard for him.

“Paul was just a great man. He got together with people in the village all those years ago to create St Giles and sometimes he just could not believe how far it had come. He always loved doing tours of the hospice.

“He started off with an idea and if he could have visualised at the beginning what St Giles would become he would have said that his dreams had come to fruition.”