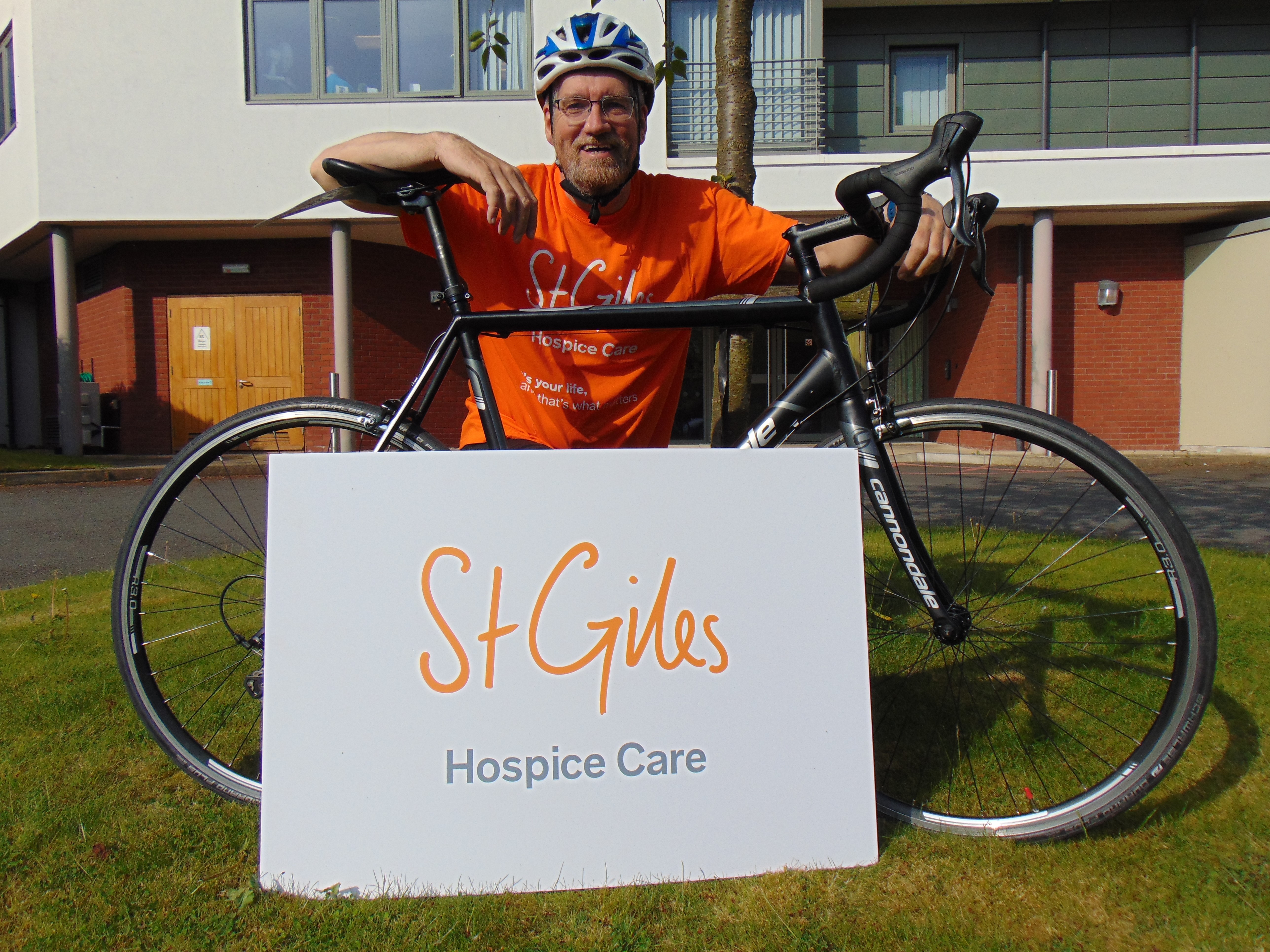 A Branston cyclist is completing off the challenge of a lifetime this weekend in memory of his football mad daughter, cycling from Liverpool’s Anfield stadium at 6am on Saturday and arriving at Burton Albion for half time of the match against Cardiff City.

Ian Leech has so far, cycled to 27 football clubs in the Midlands and at the weekend will visit grounds 28, 29 and 30 completing a tribute to his daughter Mel who would have celebrated her 30th birthday on August 19th.

Mel died aged 20 of non-Hodgkin’s lymphoma in 2008 and since then Ian, who is community engagement manager for St Giles Hospice, has raised thousands of pounds for charity in her memory.

Mel’s 30 finishes on Saturday when Ian arrives at the Pirelli Stadium and it’s been a challenge full of memories according to Ian.

“Mel was a huge football fan and so many of the grounds I’ve visited are ones we went to together, so there were lots of happy and emotional moments along the way,” he said.

Ian’s challenge started at Wolverhampton Wanderers on the last day of the championship season on May 7th and since then he has cycled a total of 610.29 miles, spent 43 hours and 40 minutes in the saddle and burned 41,390 calories.

His last day of riding will take him from Anfield via Everton more than 101 miles to finish off the challenge at Burton Albion.

“Mel was a huge Liverpool fan which caused some healthy rivalry as I am an Everton fan, but we both loved watching Burton Albion play, which was a good compromise and will be a fitting finish to the ride.

Ian, who is fundraising for St Giles Hospice, regularly supports people affected by bereavement and grief as part of his work in community engagement and shares his experiences of the impact of Mel’s.

“It’s incredibly important that as a community, we give people dealing with bereavement and loss the support that they need, at home, in the community and at work,” said Ian.

“At St Giles, we provide a ‘safety net’ for people through our Bereavement Help Points and our work with schools, organisations and communities to encourage open conversations about death and dying.

“Mel dying has had a massive effect on our family and we live with the impact of that every day.

“I hope the Mel’s 30 ride and sharing our story will not only raise money for St Giles, but will also raise awareness of the impact of bereavement and the support that’s available for people who are grieving.”

A St Giles team will be collecting for the hospice at the match and players will warm up in St Giles t-shirts to raise awareness of the charity’s new brand.