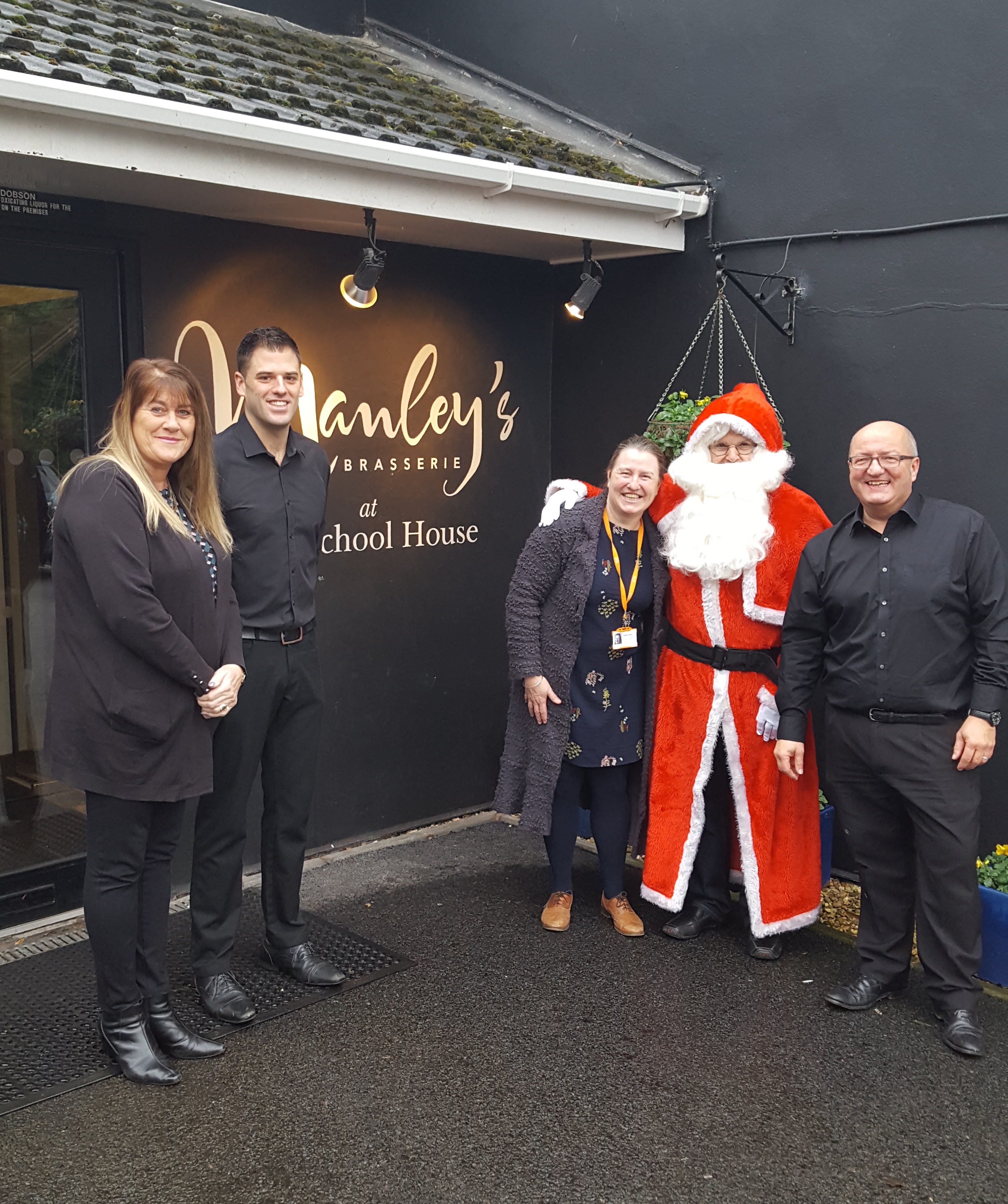 A dedicated Santa who collected at an amazing 20 events has helped raised more than £5500 for St Giles Hospice.

Mike Harrison, from Sutton Coldfield Vesey Rotary Club, donned his Father Christmas suit to fundraise for the hospice at the party nights at the School House in Weeford, with generous party goers even donating £920 on one night.

Mike, who has volunteered to collect for the hospice for the last two years, said he was delighted at how much had been raised throughout December.

“It is brilliant to see the final total which has been raised and I’m delighted at the generosity of the party goers,” he said.

“We had one amazing night when people, including a team of Gurkhas training at Stafford Barracks raised the phenomenal sum of £920.

“It’s been an absolute pleasure to be Santa for the Christmas season, although I have had to wash my beard and suit regularly to stay in tip top condition.”

Julie Massey events manager at the School House said the team at the venue were incredibly pleased with the sum raised.

“We had a brilliant series of party nights throughout December and we are all so pleased that our guests have supported such a great cause while they were enjoying the festivities,” she said.

“St Giles really is the charity on our doorstep and we are really happy to support the work they do on an on-going basis, because it has such an impact on the local community.”

“Mike and all of the team have done a brilliant job at an incredibly busy time of year for them and we are absolutely blown away by the amount they have raised,” she said.

“We’d like to thank everyone who donated, as well as all the staff and a particular thank you to Santa! We simply couldn’t do the work we do without the support of local businesses in the community.”