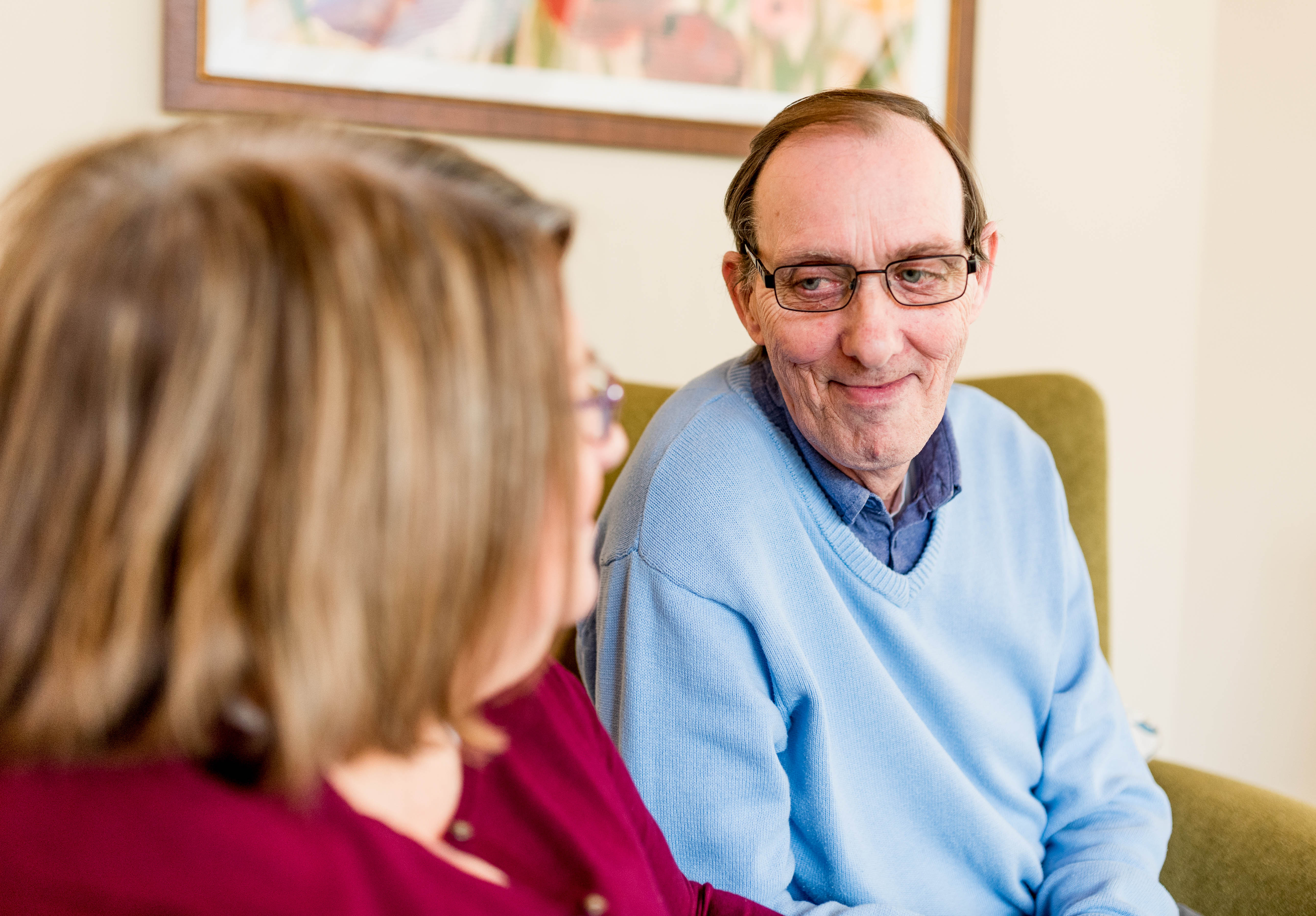 For Stan Andrews, the shattering day he was diagnosed with Idiopathic Pulmonary Fibrosis (IPF) is etched in his memory. Stan, who lives in Middleton with his wife Maxine, had chest X-rays and a CT scan after seeing the doctor about a persistent cough.

Stan said: “When the consultant told us I had IPF I hadn’t got a clue what it was, but he told me it was incurable and I probably had 18 months to two years left to live. He was straight to the point
but I’m glad he was as he made it clear I didn’t have the luxury of time.”

IPF is a lung disease which has – in Stan’s words – ‘turned his lungs into cardboard’, leaving him short of breath with a permanent cough, as well as making him prone to infection. There is no identifiable cause and treatment is limited to medications that can slow progression, but cannot cure it.

After Stan and Maxine broke the news to their three children, the former gardener began to make practical arrangements: “I wanted to make sure everything was in place for when I got worse, so we fitted a wet room, a stair lift and grab handles. I sorted out all the finances and put my house in order so Maxine and the children would be OK.”

“That’s all I wanted really – to make sure that my family would be secure and have nothing to worry about if I died.”

Stan was also introduced to the IPF Support Group which meets at St Giles Sutton Coldfield. Initially Stan felt a little apprehensive, but the warm welcome he received from other members soon reassured him.

The group has also offered the couple a link into wider hospice services, with Maxine receiving pre-bereavement support and Stan starting to attend the Day Hospice. Stan said: “I know just how good hospice care is because a local hospice supported my mother and my family when she was dying.

“It’s the best place you can go in the world because everyone there is focused on helping you to keep your dignity.”

”It’s not just the doctors and the nurses who are so amazing, it’s the volunteers who make the place too.”

Stan has attended Advance Care Planning sessions through the Pulmonary Support Group and has already decided that at the end of his life he would like to stay at home for as long as possible, but would go into the hospice if he needed to.

“It has been hard having the conversation with Maxine and the kids, but we sat down and talked it through. It can be difficult for them to accept the reality of the disease, but I just want everything in place for them, because that’s the way I work. IPF has made me realise how precious life is and I want to enjoy the time I have left with my family, knowing I’ve made plans for their future.”

At St Giles Hospice, we couldn’t do what we do alone. It takes a community to make a hospice, and it’s because of your continued support that we are able to help people like Stan and his family.