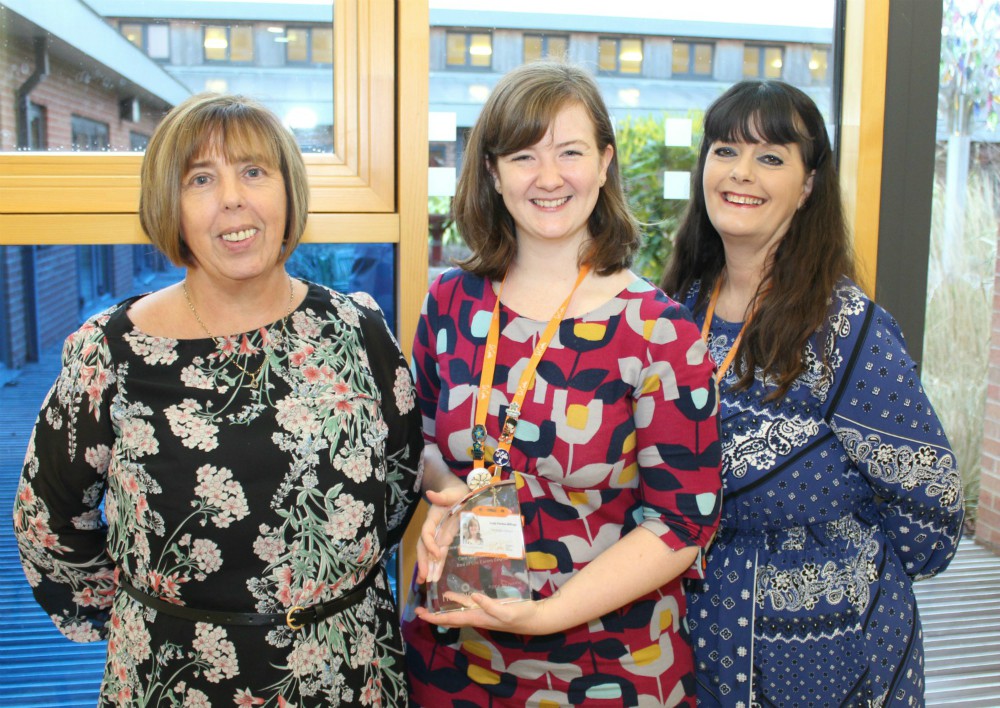 A Walsall course which helps carers to look after people with dementia has been recognised at a prestigious national awards ceremony.

The course, run by St Giles Hospice in partnership with Accord’s Pathways4Life, won the Dementia Care at Home Award at the ninth annual Hospice UK Awards, which recognise the contributions of inspiring individuals and innovative programmes to hospice and end-of-life care.

The four-week training, which was designed to support unpaid carers in the community who support people living with dementia, has been attended by 106 people since its launch in November 2017.

Emily Pardoe-Billings, course organizer and Dementia Adviser at St Giles Hospice, said the course gave people the information and skills they would need to support their loved ones from diagnosis through to the end of life.

She added: “We’re delighted to have won this award. It’s fantastic recognition of the support that St Giles and Accord offer to carers. So often people are uncertain about what the future could hold following diagnosis and how to support a person with dementia.

“By attending the course they meet other carers and learn from their experiences, as well as gaining the support of others going through the same situation. It’s wonderful that so many people have taken part on the course and we hope that it has helped them and their family members with their journey through dementia.”

Research into training for unpaid carers has shown that education about dementia and their role improves understanding, quality of life and resilience for family carers, as well as enabling people to be looked after at home for longer.

The course covers a range of topics, including how carers can look after themselves, how to deal with challenging behaviours and support around having advance care planning discussions, and has been so successful that St Giles is using it to plan similar courses in other parts of its catchment area.

Pat Roberts, from Accord, said: “All sessions are attended by family members and they appeared to find the sessions helpful to gain more information about dementia, but also as a platform to discuss emotions with other people in the same situation whilst building new friendships.”

Commenting on the awards, Tracey Bleakley, Chief Executive of Hospice UK, the national charity for hospice and end of life care, said: “There were some terrific entries for our awards this year, which featured an impressive array of inspirational individuals and innovative projects.  Each one has made a massive difference to care for people with life-limiting conditions and their families.”