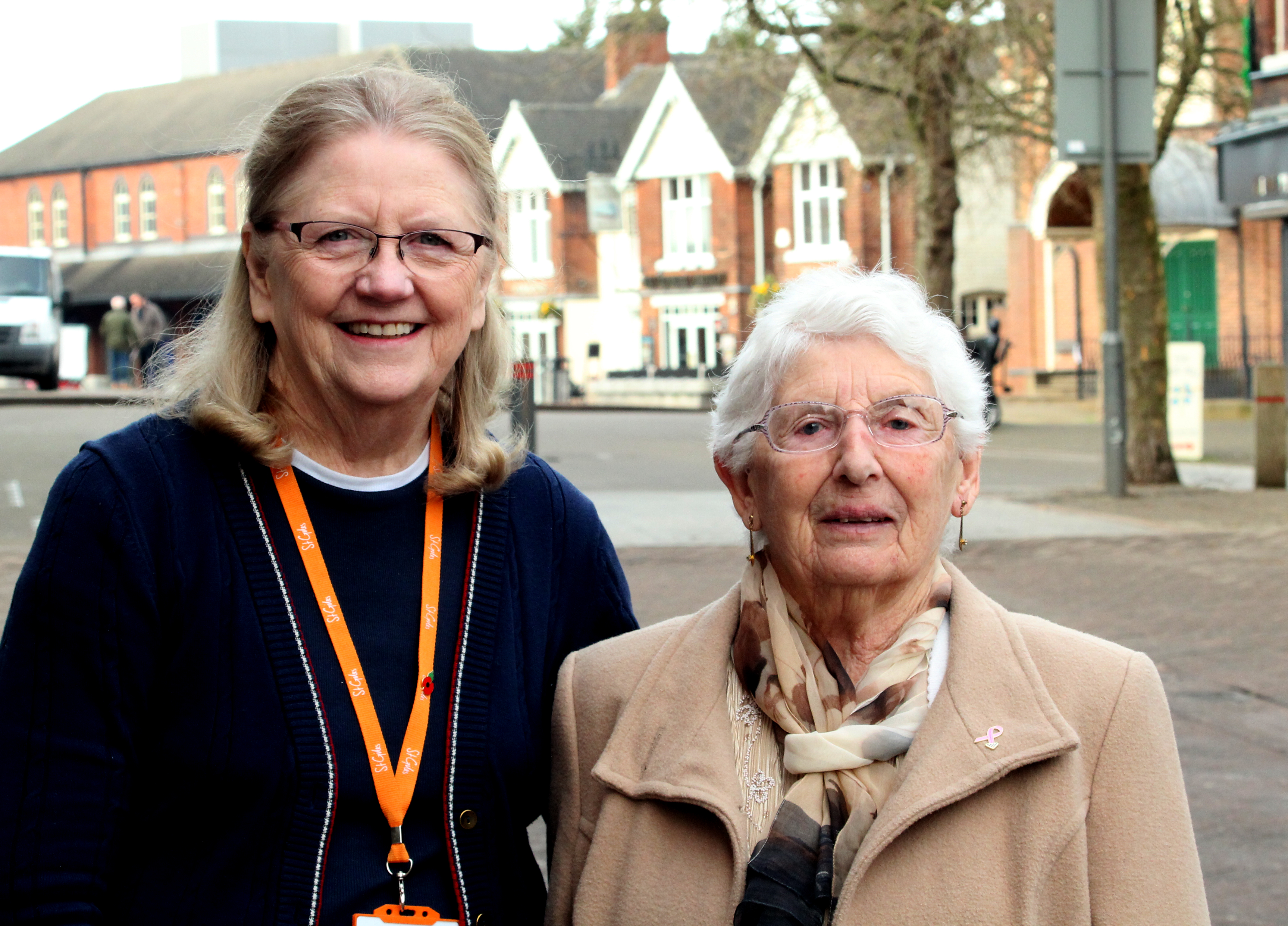 A Swadlincote charity volunteer, who was awarded a British Empire Medal for her decades of service to the community of South Derbyshire has celebrated with an emotional visit to the hospice where it all began. 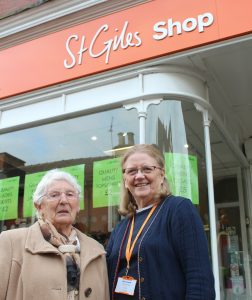 Elizabeth Shipton, aged 85, of Midway, enjoyed a special tour of St Giles Hospice, in Whittington, earlier this month just days after her dedication to volunteering was highlighted in the New Year’s Honours List.

Mrs Shipton, a widow who has three children, six grandchildren and seven great-grandchildren, was a fundraiser for the hospice from its very earliest days and attended the centre’s dedication service with Princess Alexandra in September 1983. She then helped to provide voluntary transport for patients and relatives for nine years before retiring from the role and had not been back to the hospice since.

She said: “St Giles Hospice was my first real passion in volunteering and I was thrilled to be invited to go back and have a look around after all these years. The place has changed beyond all recognition and I could not believe how advanced it was – everything there is state-of-the-art and there is such an atmosphere of peace and tranquility. I was so proud to have been involved.

“Being honoured by the Queen is overwhelming, I’m still coming to terms with it, and I’m delighted my family is here to enjoy it with me. I see my medal as an award which recognises the hard work of everyone who has volunteered through the years to build such a wonderful uplifting place for people who are living with long-term illnesses or nearing the end of their lives.”

Mrs Shipton has been a regular visitor and supporter of the Swadlincote St Giles Hospice Shop for many years, but although she knew about the honour when she was invited to visit the hospice by shop manager Penny Lovatt late last year, she had been sworn to secrecy and could not tell her about the award.

Ms Lovatt said: “I asked Betty if she wanted to visit St Giles because we had been talking about her long history of helping the hospice and the whole community – completely unaware that she had this amazing secret.

“The news was made public just before she went to Whittington and we were so thrilled for her. Returning to visit her first great cause just as she was being recognised for her lifetime of kindness just seemed so fitting, completing the circle.

“She never got to see the New Year’s Honours announcement in The Times so I was happy to be able to get a copy from a friend in Manchester and get it sent down for her. Volunteers like Betty are vital for St Giles. We work for the community and they represent the community. They do so much and we couldn’t survive without them.”

Mrs Shipton still volunteers for local causes and in November 2017 she received a community award from Toyota for her work with local Stroke support charity Different Strokes. Although she is unable to travel to Buckingham Palace to receive her medal, Mrs Shipton will be honoured at a ceremony in Matlock with the Lord Lieutenant of Derbyshire later this year.