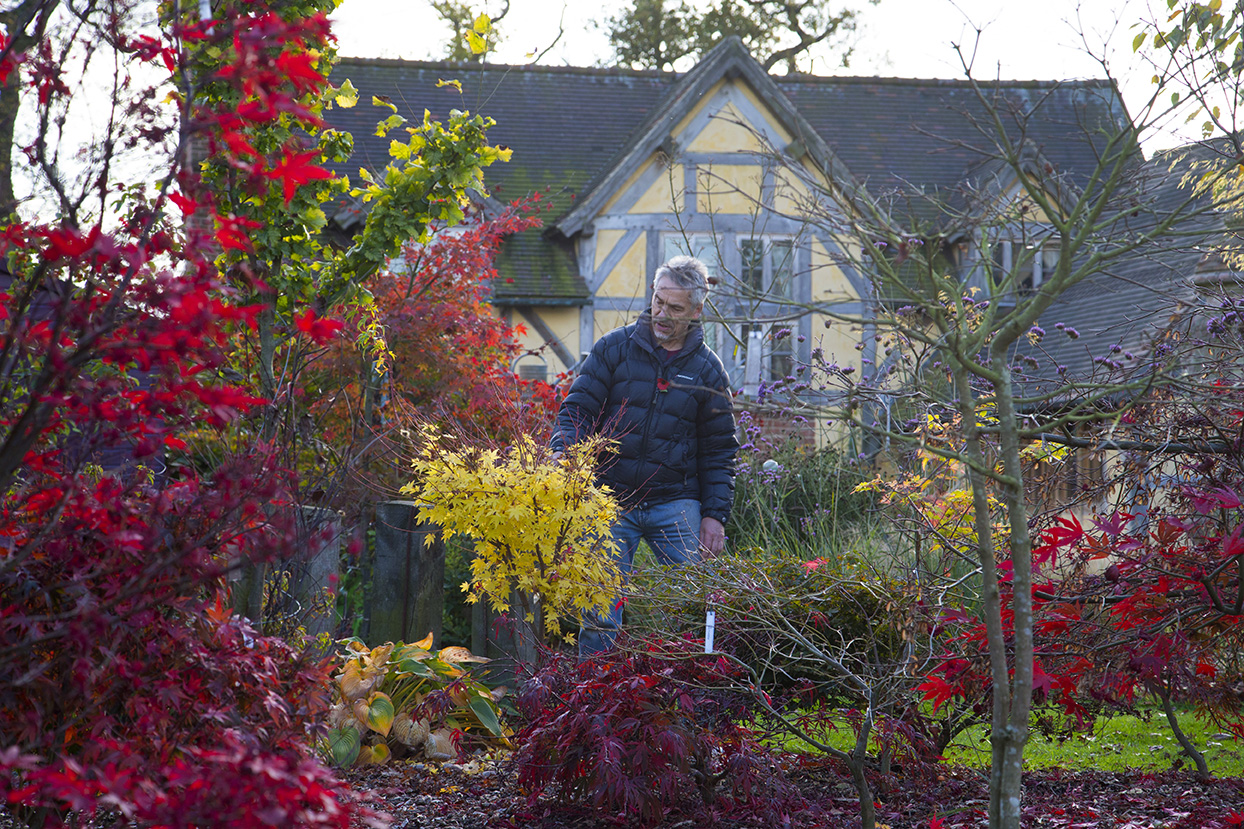 A Staffordshire couple are opening their beautiful garden – as seen on TV by around 2.7 million people – to the public in order to raise funds for St Giles Hospice, which provides specialist care for local people living with illnesses which may not be curable, as well as support for their families and carers. Ray and Michele Blundell’s garden in Barton-under-Needwood was featured on the BBC’s ‘Gardener’s World’ programme last autumn because of the stunning autumn colours of its Japanese Maple trees. This year the garden will be open on Saturday 9th September and Saturday 28th October.

Soon after the BBC show was aired last year, the Blundells held an Open Garden day for St Giles.  They didn’t know what to expect after Monty Don gave the date of their St Giles charity opening.

“We had over a thousand people turn up one afternoon,” said Ray. “And whilst it raised over £3,500 for St Giles, it ruined my lawn!”

In fact, so many visitors turned up, that the village had to be closed for part of the day. This year special off road parking is provided.

“Our aim is to have succession in the garden, so there is always something interesting happening all through the year,” explained Ray. “In June the perennials shine, September will show off our ornamental grasses and October will again feature the spectacular colour show the maples provide.”

Tea and cakes will be provided at the events, while admission is £4.

The Blundells’ garden has been carved out from a meadow and an orchard over the last 15 years, and is ever-expanding. “We can’t stop buying plants!” admits Ray.

The garden is at ‘Woodhouses’ (just outside Barton-under-Needwood, off the B5016 and if travelling by Sat Nav the postcode to use is DE13 8BS) and contains more than 100 different varieties of Japanese Maple, as well as a huge variety of plants and ornamental grasses.

“What could be better than a walk around a beautiful garden, knowing that you are getting real pleasure from your donation to a worthwhile local charity?”